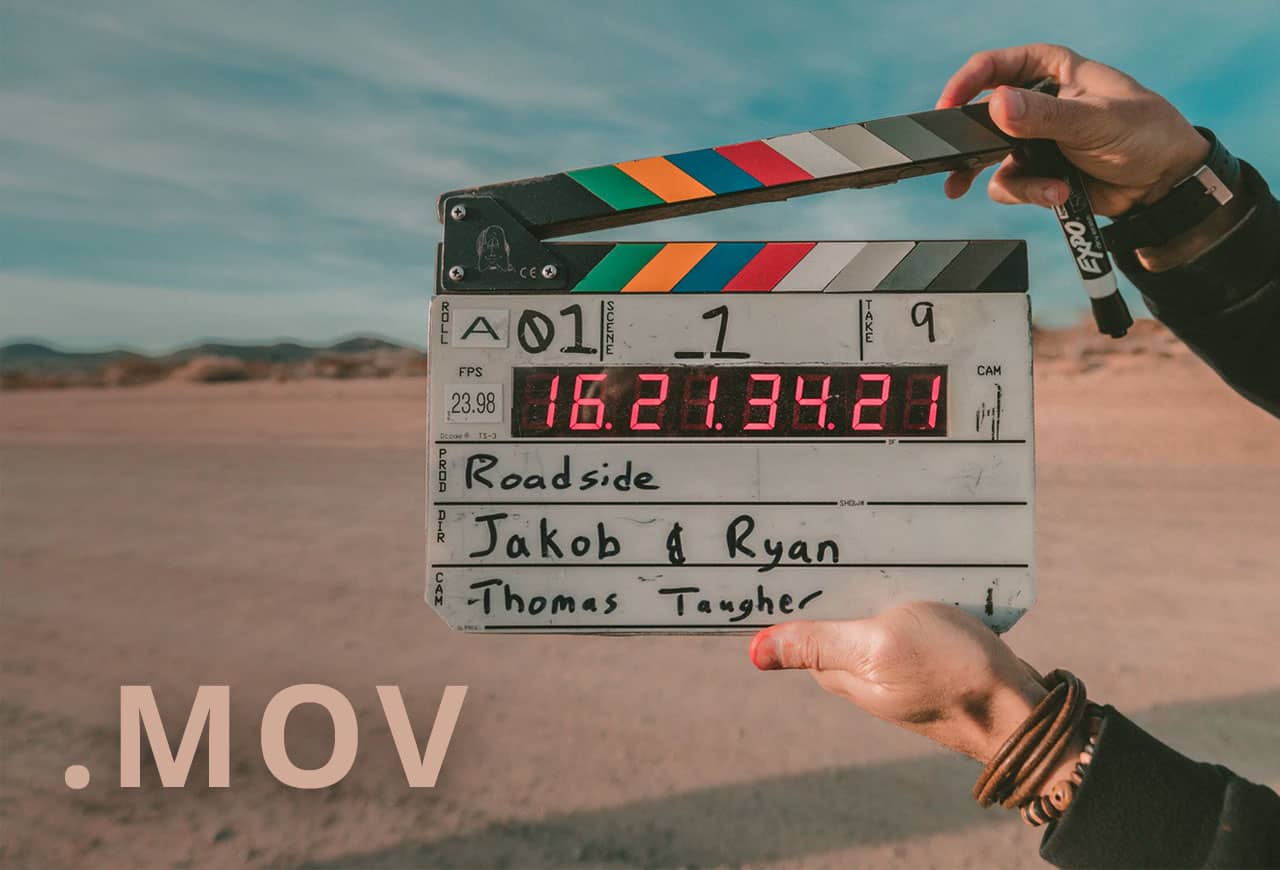 MOV is an extension of multimedia container files, developed by Apple as a native format for their QuickTime framework. The Quick Time Format Files sometimes also have the QT extension.

Naturally, MOV video files can be played in most of the Apple devices without any issues. Also, when recording clips on an iPhone, the default format is MOV with the H.264/AVC video codec.

MOV is probably the second most spread video format these days (after MP4) due to the popularity of the Apple devices. That’s why most of the modern media players, including QuickTime, Windows Media Player, Media Player Classic and VLC, all support both MOV and MP4 files.

So, if you can’t play a MOV file in your media player and have all the necessary codecs installed, this can be a sign that the video file is broken. In this article we’re going to provide a guide on how to repair corrupted MOV files, which you can’t play back, or open with video editing software.

Contents hide
1 Why Can’t I Play My MOV Video Files?
2 How Can I Repair a Corrupted MOV File?
3 Conclusion
3.1 Related Posts:

Why Can’t I Play My MOV Video Files?

To answer this question, lets first take a closer look at the structure of the MOV files.

Every MOV file has 3 main sections, called atoms. These are FTYP, MDAT and MOOV. The MDAT section is where media data is stored. A single MOV file may contain multiple video, audio and text tracks located in the MDAT section. Moreover, each video and audio track can be encoded with different codecs.

Usually, video and audio streams within the MDAT section are not aligned continuously, but are divided into many chunks and placed one followed by another. So, a video stream chunk may be followed by an audio chunk and so on.

To open and play a MOV file, media players need a kind of a map that instructs the player where each part of the video and audio tracks are located within the MDAT section.

In addition to that, media players need details about settings used to record the video file, such as resolution, frame rate, codecs, etc.

The key frame map and the data about video/audio tracks are all located within the MOOV section of the MOV files.

Now, if the MOOV section is damaged, or contains no data for some reason, you won’t be able to open a MOV file (even though the file may have the right extension, size and, overall, look like a regular video file).

A broken MOOV section is the most common reason of why MOV video files can’t be played back. And here is how the MOOV section may get damaged:

Most of the modern cameras write/update data of the MOOV section in their internal temporary memory, while the video and audio streams are recorded directly to the external memory card (usually this is an SD flash memory card. When you stop the recording, the MOOV section is transferred from the camera’s temporary memory to the SD card and is saved within the MOV file.

Now, if some glitch happens and the camera loses power, it may fail to transfer the MOOV section to the external memory. As a result, the recorded MOV file may have an empty or damaged MOOV section. Here are just a few example scenarios where a MOV video file can get corrupted:

1. You were recording video and forgot to press the “Stop” button prior to powering off the camera.

2. A battery was low on power and the camera went off while you were still recording video.

3. You dropped your camera while recording video and it turned off due to the shock.

5. You were transferring a MOV video file between devices and the process was interrupted due to a glitch.

As a result of the described scenarios, you may end up with a corrupted MOV file, that won’t play in media players. But there is a solution to repair the file, which we’ll discover in the next chapter.

How Can I Repair a Corrupted MOV File?

To repair a corrupted MOV file, you need to extract the video and audio streams out of the broken file and then build the MOV container along with the MOOV section from scratch. This is quite a time-consuming task and requires appropriate knowledge/experience. Moreover, since video and audio data are intermixed within the file, you have to parse it to locate appropriate video and audio chunks to be able to build a map as described above.

However, there are a few video repair tools that can do the task for you. One of the tools that can repair corrupted MOV files is Restore.Media. We outlined this tool out of others due to a number of unique features, which you won’t find elsewhere. Here are just a few of them:

2. Second, Restore.Media provides you with a full-time preview of the repaired MOV file. This means, you can actually check if your broken video file was fixed prior to paying for the tool.

3. The tool works online, meaning you can repair your MOV files from any device without the need to download/install anything. In other words, you can use Restore.Media for repairing MOV files directly from your iPhone, for example.

4. Also, Restore.Media has quite an easy to use and self-explanatory interface.

5. Finally, there is an option to ask Restore.Media’s engineers fix your damaged MOV files manually. This option may be useful if you encounter any issues when repairing the files with the tool yourself.

When recording video clips, do not power off your camera prior to terminating the recording session. It’s also a good idea to keep your camera’s batteries fully-charged and take back-up batteries along with you when shooting important video clips. If you’ve got a damaged MOV video file, there are tools, such as Restore.Media, that can help you fix the file, so that you can play it in virtually any media player.

Digital Marketing Trends That You Need To Know In 2021

How to Start a Video Production Company?

13 Web Design Tricks to Increase Traffic on Your Website